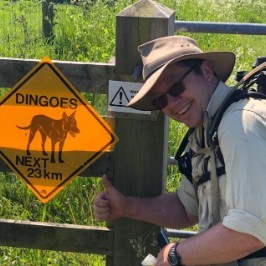 The Frontline Walk 2022: The Normandy Beaches

OK - I'm walking to raise money for a walk!

G'day (yep - another Aussie returning to the scene of the crime, but always ready to talk about cricket!)
To raise money for a charity close to my heart, I'm walking Hadrian's Wall. As a Roman Legionary. I'm an old hand on the Wall, but what better way to enjoy it but to do it properly! I have the kit - a scutum (the iconic shield), lorica segmentata (armour - think of a 2000 year old balistics vest), helmet, even the caligae (sandals).
I will be posting updates on training and preparations going forward, and if you're planning a trip to the Wall week of the late May bank holiday, look out for a guy in armour talking about Rome. And cricket...
I'm then looking forward to the NEXT walk in Normandy - doing a walk to sponsor a walk to give back to those who have given and continue to give so much to this country.

Please Help Me
Reach My Goal 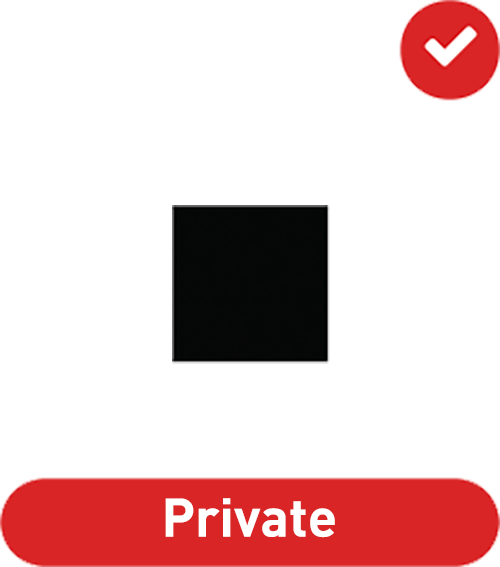 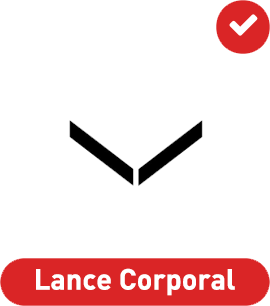 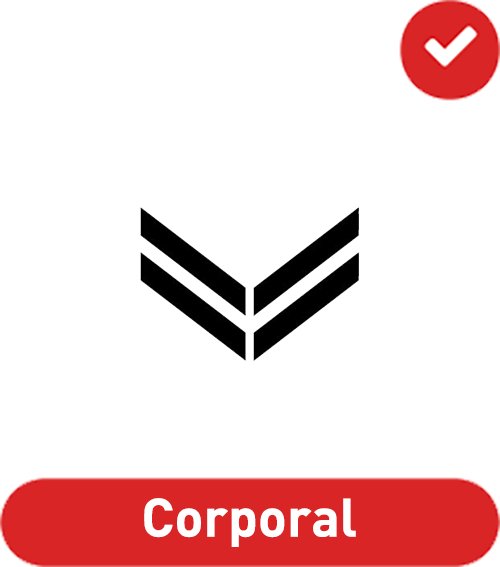 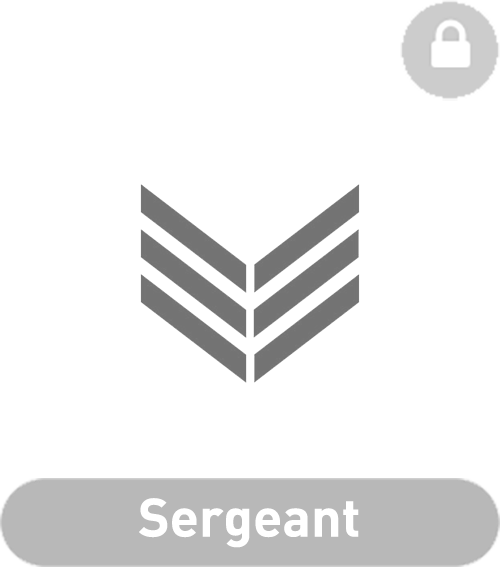 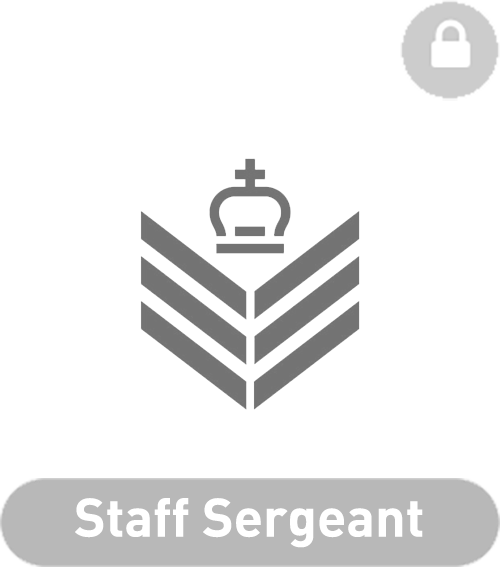 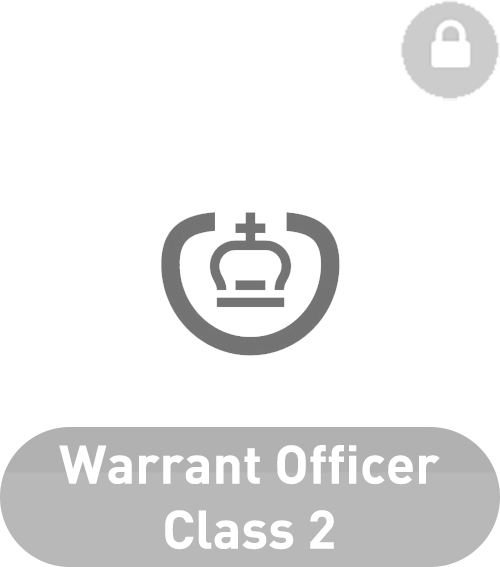 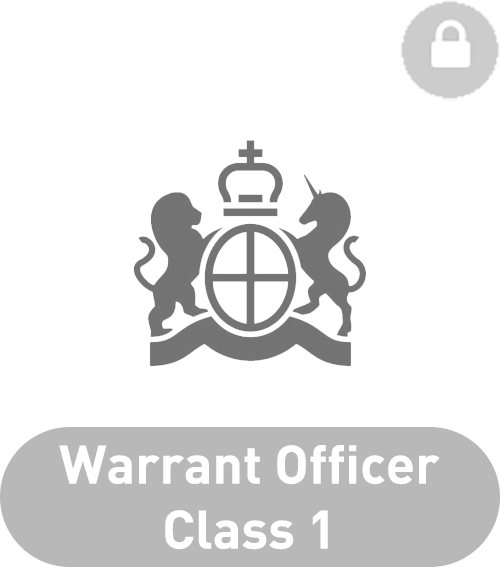 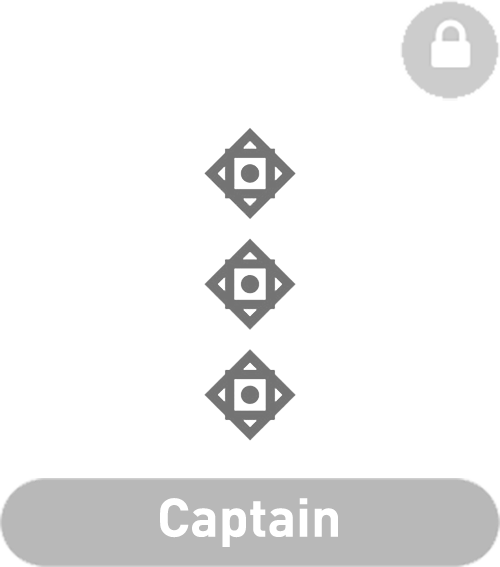 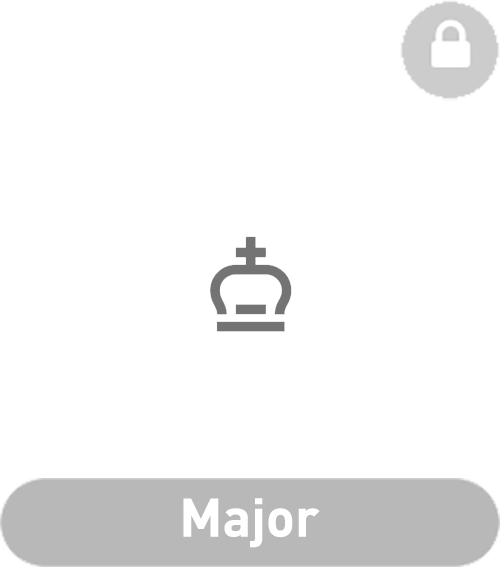 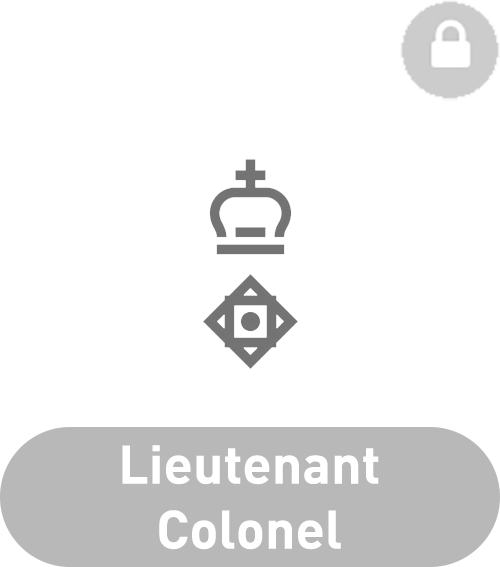 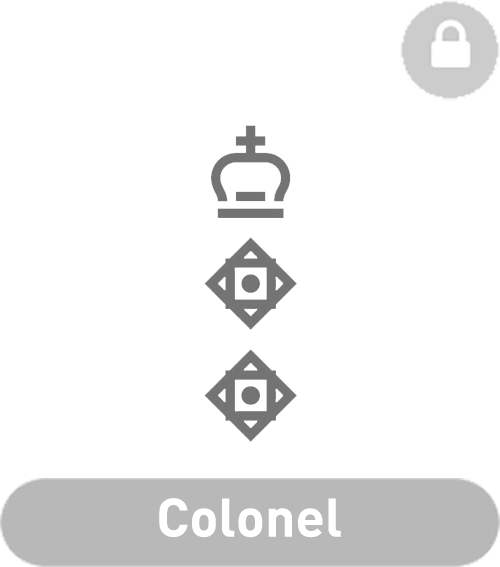 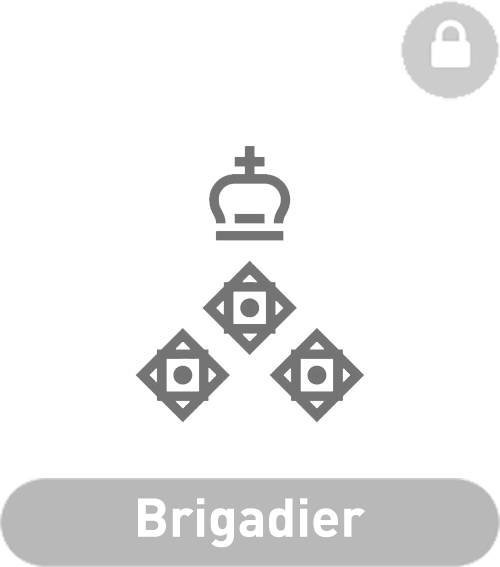 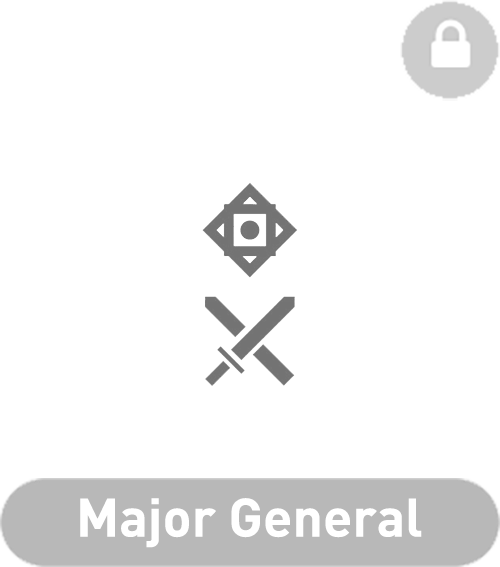 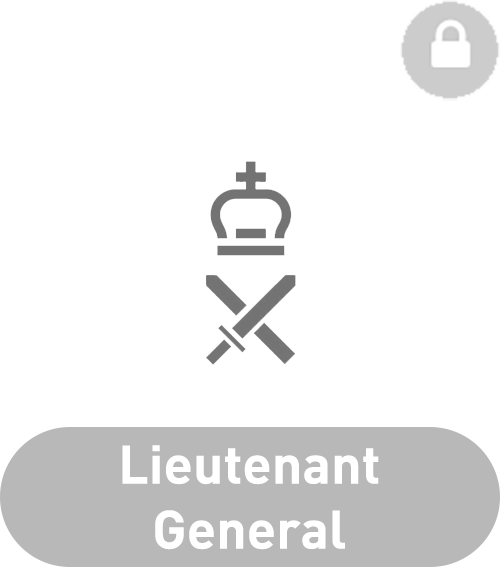 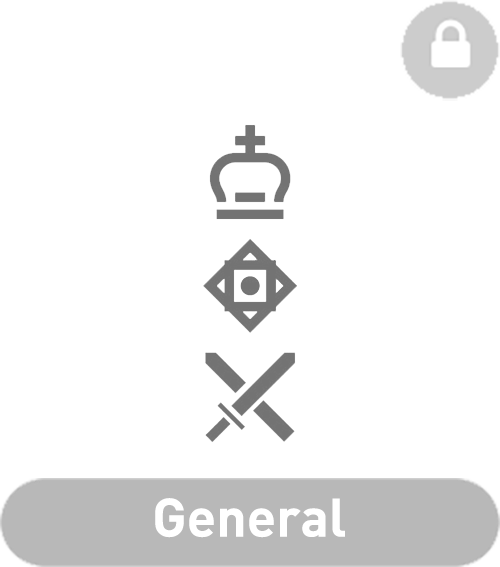 Boots - but why not first?

So I spoke about socks and laces first. Why? Because most people start with boots! I think socks are a quicker win in improving your footcare on a long walk, and I HATE broken laces (but you need to buy me a beer first for that story!)

These are a set of rules regarding boots I’ve used over the years:

1.      Get your feet measured. It can be a good idea to get your feet measured each time you get a new set of boots, as the brands and types of boots vary slightly in size (for one brand you might be a 10, for the next a 10 ½ might be better). As easy as it is to buy online, it can save some money and blisters to get properly measured to avoid ill-fitting boots. Also, those 5 steps you take in the shop when the salesperson tells you to walk around aren’t the same as “walking a mile in these shoes”. I went to an outdoors shop recently that had different surfaces to “try” the new pair on – well worth it!

2.      The lighter the better. There's a lot to be said about light boots. The US Army did a study in 1984 that worked out if you save 1 pound in boot weight, you expend 6% less energy or can carry 5 pounds more on your back for the same energy expended. But there's a trade off in structural strength in the boot - if you get a set of barefoot running shoes they will be light as a feather, but they may not have the structural strength for the walking you're doing. Which brings us to...

3.      Terrain kills boots! If you're walking over a variety of surfaces (and the Australian Bush gives you everything from desert sand to snowfields, bone dry to monsoon wet) think about the surface you'll be on - will you be walking on a lot of paved surfaces, where constant impact on a hard surface will be more important? Or sand? Or uneven, rocky surfaces where ankle support might be needed? Check the route - you might need more than one pair (especially if you don't need to carry them – spoil yourself and have an alternative set for the terrain for that day).

4.      Train the boots to your feet. We all know to walk a pair of boots in, but I don't think a pair of boots are truly worn in until I've done at least 60 miles in them wearing the socks I would wear on a long distance walk. In the same token, how far have those old favourites taken you? To paraphrase a classic Scottish tune “If you have walked 500 miles…” it’s time to get a new pair. As I get to about 450 miles on a pair, I buy the new set and start walking them in by alternating each walk with the old set. That way, you don’t lose time with a new set of boots hacking up your feet.

5.      You will (probably) get blisters. On a long walk, your feet will suffer. Many people will train with some short walks during the week with a long one on the weekend. So you may not get blisters. But if you’re doing your long weekend walk every day for a week, chances are you will get blisters. Your choice of socks will help mitigate this (as I’ve already mentioned in a previous blog), but you should think of how to treat blisters if they start. And treat them before they become bad – you will feel it in your boot way before it becomes the fluid-filled hell! And the best treatment? DUCT TAPE! If the blister hasn’t formed, clean the area around it with an alcohol wipe and put a generous piece of duct tape over it. If the blister has formed – I’m in the popping group! Pierce it to drain the fluid but leave the skin on, cover with some antiseptic (Betadine I found works well) and a sterile dressing, then coat that with duct tape!

6.      Expensive does not equal better. There’s some expensive boots out there. But never equate expensive with good. You can pay a lot of money for boots that aren’t suited to the terrain, or the distances you walk. This one is hard, as I have sets of boots I get that are good for me that are also fairly inexpensive. They suit the terrain, the loads I carry, and last for the 500 mile limit in good nick. I always recommend getting a cheaper pair and try them out with your terrain/ distances/ load. If you don’t like them, replace them as your budget allows. Over time (and distance), you will find your favourites.

Continuing my recent foot fetish, another often forgotten necessity are laces. I've seen many a walk come undone by a simple broken lace. Yes, you can join them at the break, but you can never get the boot sitting right again afterwards. Two choices in your prep:
1. Always have a second pair in your day pack; or
2. Get out and find a pair of kevlar laces - I have a pair that have outlasted 3 pairs of boots! And another pair on a set of old Australian Army boots that are 30 years old and still going strong.
So, good socks and good laces. As I was once told,
"Those b*stards have to carry you, might as well make them comfortable..."

The right socks for a happy walk...

The first update! I've just had a part delivery of the latest Roman fashion - I'll post some photos in the next few days. I did want to make a point about socks, especially at the beginning of training. I've walked Hadrian's Wall twice now - once with a double pair of cheap workman specials. At the end, my feet were a blistered mess, covered in duct tape (still the best blister cover - always carry a roll of duct tape on a walk). The second time, I splashed out and paid for socks from Silverlight (https://silverlight.store/). These are magic! 85 miles and not one blister! A bit of talc in your boots each morning and you can forget about blisters. I wouldn't walk without them!

Thank you to my Sponsors

What a brilliant way to raise funds for a fantastic cause, well done Keith and good luck !

Loved your article in the village newsletter. Good luck with your runs

Pack up your troubles in your old Sarcina, eh!? Best of luck, the shield will double as an umbrella ;) 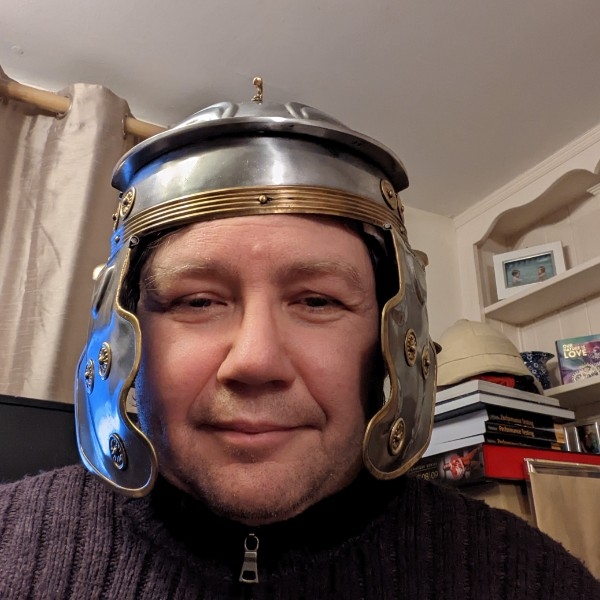