Back for 2022 in historic Guildhall

From the outset we have had four core purposes for the Lord Mayor's Big Curry Lunch. Over time the emphasis of our fundraising has developed. in recent years we have placed a strong emphasis on helping veteran into employment in the civilian world. Now in the wake of the Covid-19 pandemic, our focus on employment is more important than ever

The Lord Mayor’s Big Curry Lunch (LMBCL) first took place in April 2008, hosted by the Lord Mayor and Lady Mayoress at Guildhall, the centre of the City of London’s governance, ceremonial and philanthropy.

It would be a Civic and Guildhall event but with a difference; a fixed price allowing guests unlimited curries and accompanying drinks, no seating plan, and everyone would serve themselves – and go back for seconds as often as they wished – and everyone would sit on benches.

*To raise funds to support Soldiers and former Soldiers, both Regulars and Reservists, who have served in Iraq and Afghanistan and their families.

*To raise awareness in the City community of the role of the Armed Forces of the Crown. Particularly among a younger generation of City folk.

*To emphasise to City workers the breadth and depth of the City’s philanthropy in support of those in society who need help in a variety of ways.

The first Lunch in 2008 attracted 700 guests and raised £143,000. Following its success, the attendance grew year on year to the extent that we use all the principal rooms in Guildhall, generously provided by the Corporation of the City of London without any charge. As of November 2021, we have contributed a total of over £2.5 million to help support all members of the Armed Forces who have served in Iraq and Afghanistan.

From 2019 onwards the Lord Mayor’s Big Curry Lunch has aligned with the employment and employability strand of the Civic and Mayoral strategy ‘A Better City For All’, by providing financial support for veterans to take part in two programmes to help veterans in to work.
For further information on the history of the Lunch, please take a look at our brochure here

From the April 2019 Lunch, part of the proceeds will fund veterans of Her Majesty’s Armed Forces to be able to take part in the Pain Management Programme (PMP) at the King Edward VII Hospital's (KEVII) new Centre for Veterans’ Health (CVH).

CVH's PMP is unique in that it is designed solely for veterans. The purpose is to address the individual issues, both physical and psychological, involving pain that prevents a veteran from leading a full life. The CVH team has found that chronic pain is the most significant barrier to a veteran being able to find and sustain meaningful employment, which is the 'backbone' of their future wellbeing and impacts on every other aspect of their personal lives and their families. 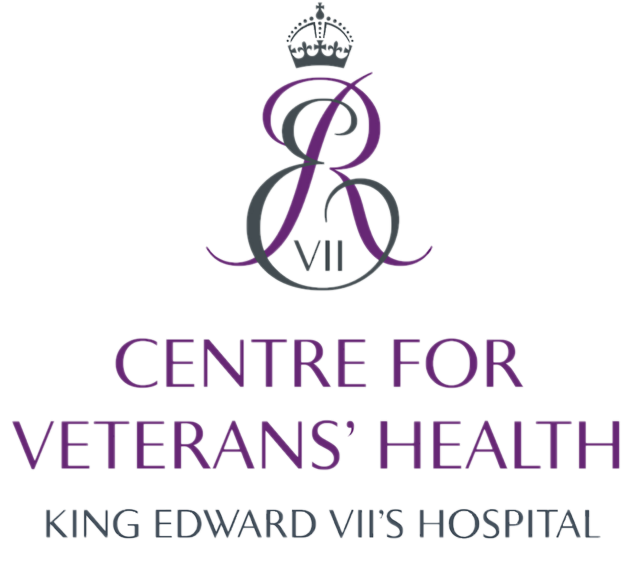 LifeWorks’ sole focus is to find employment, education, and training for veterans from all the Services and their families.

This support service offers practical advice, guidance, and support regardless of the length of service and is available nationwide, wherever veterans live.

The LifeWorks team is made up of highly experienced career coaches and vocational assessors who work across the UK.

*They help veterans identify their strengths and help decide on potential career and training opportunities.

*They help veterans develop the skills they need to job search and write a cv.

*They build confidence by helping veterans manage the impact of a major change in situation after leaving the Armed Forces.

*They enable veterans to approach working in the civilian workplace with increased confidence and motivation.

ABF the Soldiers’ Charity has worked with LifeWorks for some years and is confident as to the quality and effectiveness of the service provided.

Each course run by Lifeworks costs £1,500 but is always free of charge to the veterans taking part. This means that LifeWorks is entirely dependent on public donations and grants from charities and trusts.

The Co-Chairmen and the Committee of the Lord Mayor’s Big Curry Lunch are of the view that LifeWorks dovetails well with our support for the Pain Management Programme which we have supported since 2019, adding another dimension to our work of helping veterans into sustainable employment.

Through the 2022 Lunch, we hope to fund 65 veterans through a LifeWorks course.

The Lord Mayor and the founder co-chair the LMBCL volunteer Committee.

The Committee meets five times a year and includes:

the wives of senior generals, retired senior officers, government ministers, leading clergy, Aldermen and Sheriffs of the City of London, the Chief Commoner, more than 20 Livery Masters, Livery Clerks, business and professional leaders in the City and members of the London Lieutenancy, including the Lord Lieutenant and Vice Lord Lieutenant.

The Committee owes a huge debt of gratitude to the Corporation for allowing the Lunch to take place from 2019 onwards without any charges being made, thus helping the Committee to contribute a larger sum each year to support members of the Armed Forces of the Crown and their families in so many different ways.